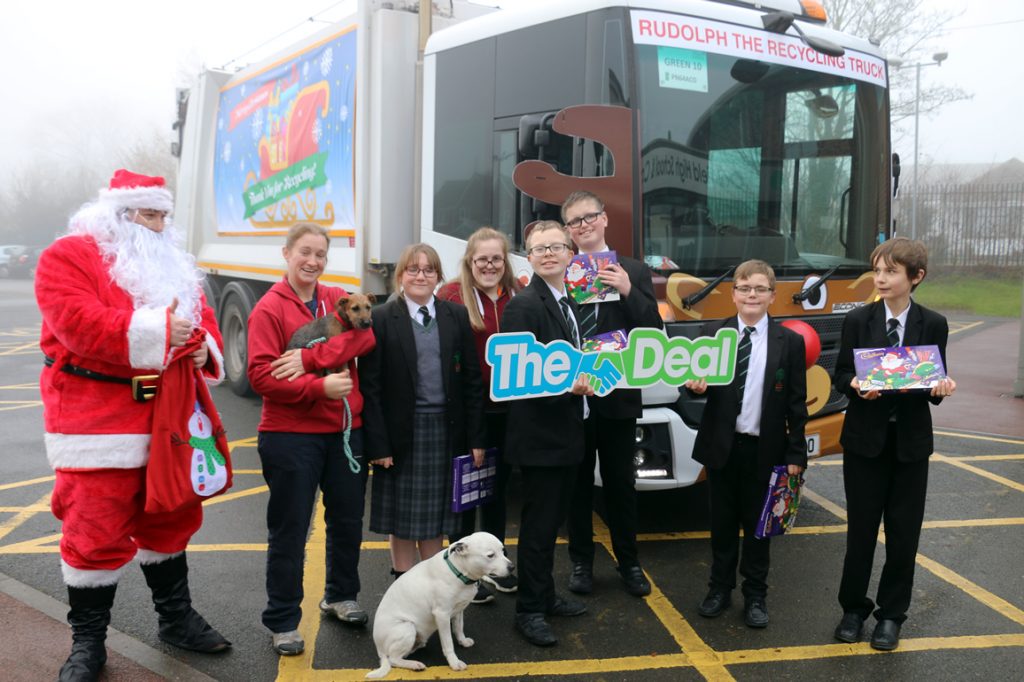 Oakfield entered a competition to produce a recycling video as part of The Deal, recycling more and recycling right. We are delighted to tell you that we won the competition to encourage more people in the borough to recycle.

The judges could not choose between our entry and another entry from a neighbouring school so both schools won and will receive the full amount of £1,000 to be spent on environmental improvements at Oakfield which is sponsored by FCC who look after the borough’s recycling centres.

Following on from us winning the Wigan Council competition for the recycling video, all of the learners involved in the video had a visit from Father Christmas and a festive recycling truck on Monday 18th December for publicity photos to go with the official launch of the video.

Y14.1 had the opportunity to participate in a mock interview as part of their World of Work lesson. All learners were amazing and were extremely confident with the task.
Well done to all of them for their excellent attitude towards this, we are so proud of them.

Parent/carer reminder, please return your voting form no later than 12pm on 24th January 2023.
Thank you

Parent/carer reminder, please return your voting form no later than 12pm on 24th January 2023.
Thank you